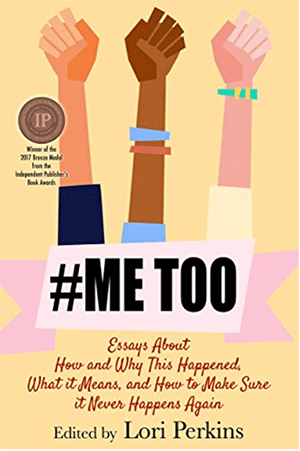 This essay appears in the 2017 anthology #MeToo: Essays About How and Why This Happened, What It Means and How to Make Sure It Never Happens Again, edited by Lori Perkins, under the name Jude M. Lucien.

I’m reading lots and lots of experiences of harassment, assault, and rape. These things are always wrong. They’re equally wrong, no matter who is the victim or who is the perpetrator.

Likewise, women sexually assault people.  They don’t do it nearly as often as men do, and I attribute that to patriarchy (in other words, if women ruled the world, I think they might perpetrate many more sexual assaults, but they are subordinate in this world, so they don’t do it nearly as much). But women do violate the sexual boundaries of both men and women pretty regularly. Women have violated my personal, sexual boundaries many times.

It is not at all my intention to minimize either the fact that men are sexually assaulted, or the fact that women sexually victimize both men and women. I just don’t think that #MeToo, specifically, is about that. I think that #MeToo is about the pervasiveness of harassment, and the fear that constant sexual harassment engenders. I think that #MeToo is about the way that regular, daily, sexual harassment literally structures our lives:; it keeps women from riding in elevators with men, from walking alone in parking garages, or even walking on their own streets after dark. It structures the clothes that women wear, how much they drink when they’re around men, and so, so much about how they date. I’ve never met a man who could even imagine the restrictions that most women take for granted. It also structures most of the warnings and safety tips with which we arm newbies in the kink community.

In the Pacific Northwest, in the winter, it gets dark at approximately 4:15 p.m.. Growing up, I wasn’t allowed to be outside after dark. My life outdoors was so limited by the threat of rape that I couldn’t even play in the front yard after 4:15. Now, in contrast, the dark is where I’m the most safe.

In the dark, nobody can tell that I am what I am. In the dark, I look like a man, and I can walk my woman friends to their cars. They very often don’t feel safe doing that. But we all know that I’m safest after dark. I asked my brother, this week, if he could drop me off at a particular bus stop on Halloween, after we trick or treat with his kids. He reminded me that this particular place is pretty sketchy; it’s a crack neighborhood (where we grew up, and also where Macklemore grew up, if that’s more meaningful). I told him that I do okay in those sorts of places, and he agreed, texting back, “that’s because you’re a bit dodgy.” He’s not wrong, that I’m a bit dodgy, but the primary reason that I’m not threatened by such places is that I pass for a man in the dark.

I got boobs at 11, and had them until I was 21. I over-exercised during my adolescence, and would take daily six mile walks. Nearly every day I was catcalled, by adult men, from their cars. I escaped an attempted rape by my uncle when I was 12, so I was very aware that I’d been lucky to escape, and that those guys might, at any time, get out of those cars. That’s what #MeToo is about. It’s about the constant knowledge that the random catcall, comment, or physical intimidation might turn into a rape attempt at any moment.

Women are trained to fear rape. We’re sometimes trained by our mothers to try to avoid it, but regardless, we’re always trained by early sexual harassment and assault, and by the fact that so many of our friends are raped, to understand that rape is a constant shadow looming over our lives.

Middle school was a gauntlet of bra snapping. You may think that’s innocuous, but it’s not. It’s about boys regularly reminding girls that they’re sexual objects. It’s about boys regularly reminding girls that they can be sexually touched against their will at any time, and that everyone will laugh, and that nobody will intervene. I really didn’t want to be a sexual object. I had big boobs. It sucked. Add that onto those adult men in cars, catcalling me almost daily, and reminding me that, like my uncle, they were bigger, stronger, and that if they wanted, they could rape me.

As a teenager, I also had a number of really positive relationships with boys/men. I certainly don’t mean to imply that all boys/men participate in the harassment that structures the lives of women who are saying #MeToo. They don’t. But every boy/man who witnesses the sexual harassment or violation of a girl or woman and does nothing is a participant.*

I came out at 15, but didn’t actually start dating until I was 19, and since then I have had many women either violate my sexual boundaries, or try to violate them. My sexual interactions always include being on guard against sexual violation by women. I am in no way under the impression that women don’t violate people sexually. They absolutely do.

Still, it’s different. Women violate us interpersonally. Men also violate us interpersonally. But men’s interpersonal violations are reinforced by those catcalls, those bra snaps, those attempted rapes, and a million other things that are a normal part of many, if not most, women’s lives. Women’s violations of both men and women are 100% unacceptable and inexcusable. They’re not more okay; not at all, in any way. They are, however, different, because they don’t have all that reinforcement outside of the interpersonal relationship. They don’t have an entire social structure behind them that makes us fear them wherever we go. We don’t have to negotiate our lives to avoid sexual violation by women.

I’m working toward a world in which men both recognize and feel able to acknowledge, publicly, their sexual violation. I really want to support that. And I’m also really vocal about all of us who have been violated by women being able to recognize and acknowledge publicly that it has happened to us, and that women do that shit too. But I don’t think that #MeToo is about that. I think that #MeToo is about the ways that the pervasive reinforcement of misogyny, through constant, daily sexual harassment,from adolescence on, structures women’s lives.

At the end of the day, I believe that #MeToo is about how our lives are structured around fear. And I don’t fear women. Neither do any of the men whom I know, even those who’ve been violated or raped by women. Fear of women just doesn’t structure our lives, because when women violate us, it’s a really fucked up incident. When men violate us, it’s a tiny piece of the tapestry that’s wrapped around us. In other words, it’s just a tiny part of our fucked up, misogynist, normal lives.

That’s the difference. Women have physically violated my sexual boundaries many more times than have men because my sexual relationships have always been with women. But all those years that men catcalled, bra-snapped, commented and attempted to rape me structured my life in a way that those women simply can’t. So…well, I guess that’s my #MeToo.

*I’ve definitely fucked up as a bystander. Most people do. It’s entirely okay to fuck up. That doesn’t make a person evil, at all. The right thing is to think about it and try to do better the next time that you’re in that situation. I try to do that, when I fuck up. My wish for this #MeToo thing is that every man who has ever witnessed a sexually harassing moment will commit to himself to never again stand silently by when a woman is threatened, even if it is in the smallest way. That would be a real sexual revolution.

Buy me a coffee